Hello folks, it's Casey again, here to answer another one of life's questions.

As you may have guessed, I am a very important Dog. So it is with great pleasure that I write to help Dogs and People who may not have the means to assist themselves. Todays topic is: siblings.

I have the great honor of living with a Tabby Cat named Scout. Scout is a beautiful black and white cat with four white paws. She is about twenty-one months old and still displays the astute curiosity that she was born with. At first I was not too happy about having a new sister, especially one of the feline species. You see, I had another sister of the feline species, named Tilly, about four years ago. She was yet again another black and white tabby. Tilly was tough as nails, but had a great disposition. From time to time Tilly would tease me, but I loved her still. Sadly, she passed away about four years ago, around the age of twenty-one. After she passed, I got accustomed to having the house to myself- having undivided attention from the owners was also a plus! So, it comes as so no surprise to anyone that I felt a little threatened by the thought of another animal in the house. When they brought the new cat home it was a total shock to me. One day my family was getting ready to leave and said to me "We'll be right back" and before you could bark they were back with a Kitten! At first it was alright; they kept the kitten confined to one room for a whole week. But then they let the beast out!

Scout was a little nervous of being around a dog at first. I would approach her and she would arch her back, fluff out her tail, and start hissing at me. I took a hint from that and did not approach her until she felt comfortable with me. It took a while but she eventually got used to being around a dog and I got used to living with another cat. Now we are the best of friends! We fight with each other from time to time like any brother and sister do, but we love each other. One of our favorite ways to spend time together is to sit at the front door and watch the dogs and people walk by. 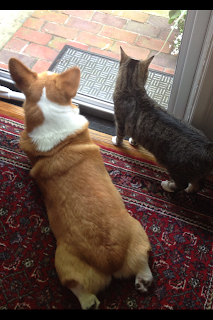 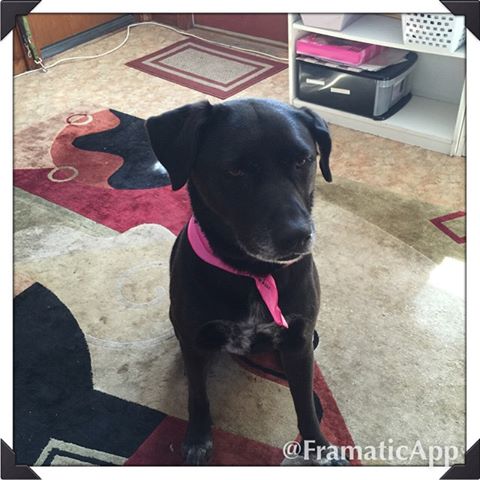 This dog has a button!

Susan K.
wakefield, ma, United States
Hello! My blog is full of fun ideas and information about teaching, book suggestions and whatever else is on my mind. I am lucky to have an amazing family and career. I'm especially honored to have you visit my blog. Please visit often!